One Love Manchester: but why terrosism beats music

One Love Manchester is the name that Ariana Grande singer gaves to her second concert at Manchester, UK. In 22 may 2017 another disaster beats the music world again. Terrorism has already focused his attention on our music world, do you remember the attack to the Bataclan music club on 13 november 2015? But why? Why music? Because music is more than a side of our life. Music it is our own culture, our lifestyle, the way we want to express ourselves and we lovely communicate between us.

These kind of terrorists attacks are grouped in what is basically called “psychological warfare”. They have the specific intension to weaken and terrorize civils and make them feel unsafe.

Of course it has no sense to express anger in this case and lose the game they wanna make us play. Isis uses some misfit guys from urban areas of our cities because they can be easily filled of new hopes that can give them new reason to live.

I know my personal message is not only for Manchester and it may sounds shocked: 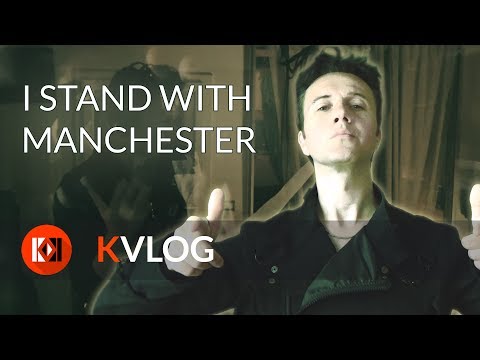 Let us entertain you in the 2021 full of our hopes and many new dreams!

We have a new baby: K-Storm-Studio is born!

In memory of Umberto Panarotto “il Baffo” (the Mustache)

The falls of Rock music: from fire to ash! And the miserable rise of the Hip-hop

Let’s celebrate the 13th anniversary of this platform: a dream called khappa.com!

From Erasmus project to new walls: worse or better World?

Warning: Use of undefined constant essb_rs_mailform_code - assumed 'essb_rs_mailform_code' (this will throw an Error in a future version of PHP) in /home/customer/www/khappa.com/public_html/wp-content/plugins/easy-social-share-buttons3/lib/core/resource-snippets/essb_rs_code_mailform.php on line 56

Send this to friend